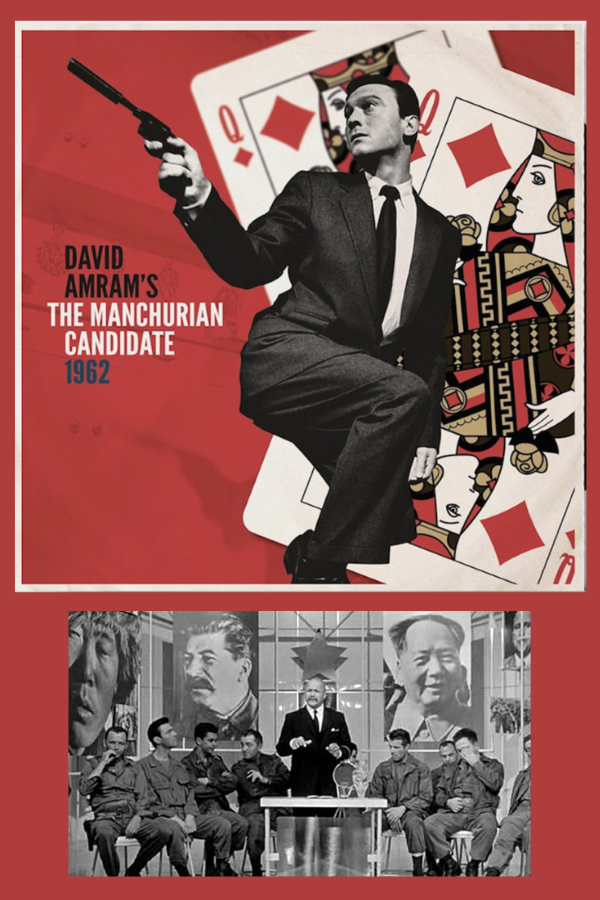 “The Manchurian Candidate: A Political Thriller That Packs a Wallop”

Back in the day, talk of the Beatles and “Beatle-mania” saturated the news. My mother claimed that, when it came pop star frenzy, her generation had all of us (then) young people beat. After all, she’d been one of the thousands of bobbysoxers who’d mobbed New York’s Paramount Theatre to see Frank Sinatra! Talk about audience excitement, screaming fans, and hyperbolic press coverage! There, fresh from his departure as a Bing Crosby-esque crooner from Tommy Dorsey’s big band, Sinatra really came into his own. He continued to develop as a master of the American songbook and later a resident performer in Las Vegas. When we think Sinatra, we think singer. But that’s not all he did. There’s Sinatra the actor.

Initially, Francis Albert Sinatra performed in a series of well-reviewed films, including Anchors Aweigh (1945) and On the Town (1949), both with Gene Kelly. Later, he won the Best Supporting Actor statuette for his performance in From Here to Eternity (1953) and received a Best Actor Oscar nomination for his portrayal of a heroin addict in The Man with the Golden Arm (1955). Then came The Manchurian Candidate (1962). Make no mistake. At first vulnerable and shattered, later grounded and driven, the power of Sinatra’s on-screen performance resonates throughout this political thriller.

Based on a novel by Richard Condon, whose other works inspired John Houston’s Prizzi’s Honor (1985), the film exploits Cold War-era anxieties – verging on paranoia – about a Communist “Fifth Column” active in American government. With obvious references to the Joseph McCarthy witch hunt that peaked in the 1950s, The Manchurian Candidate recounts the tale of a treasonous conspiracy to overthrow the American government. Along the way, the plot twists aplenty, boasting Communist secret agents, hypnotism, and murder.

Influenced by the post-war cinema’s interest in psychoanalysis, the movie hinges on the fragility of the human mind. How we remember. What we forget. What we believe about the things that we have – or think we have – experienced. The film asks whether brainwashing can make people do things totally abhorrent to their values and beliefs. If so, how? And if yes, how might that be prevented? The plot folds in on itself, with sequences appearing and reappearing as the movie shows viewers things that did – or maybe didn’t – really happen. We’re frequently kept off our feet, uncertain as to what’s real and what’s not, what’s a dream and what’s reality.

A movie like this gives the audience plenty of information, later showing us that some of what we’ve learned is not exactly wrong, but subject to our misinterpretation. Good guys seem bad, honest folks liars, truth actually falsity. And dreams? Well, who can say? Watch the opening scene with particular care, since references to it or images from it teasingly appear and reappear later on. As a movie advertisement at the time stated: “If you come in five minutes after this picture begins, you won’t know what it’s all about.”

Opposite Sinatra, the film stars the Central Valley’s, Janet Leigh. A local girl born in Merced and raised in Stockton, she mostly famously starred – and disappeared halfway through! – Alfred Hitchcock’s Psycho (1960). Her time on screen in the first part of the movie did earn her an Oscar nomination for Best Supporting Actress, though. She also gave a strong performance in Orson Wells’s Touch of Evil (1958) and displayed her versatility in the musical comedy Bye Bye Birdie (1963), among many other films.

Angela Lansbury creates the movie’s most chilling character, a mother like no other, colder than ice, hypocritical, a true believer. Well known as the TV sleuth in Murder, She Wrote, Lansbury also performed on Broadway, garnering seven Tony nominations and wins that include Mame (1966), Gypsy (1975), Sweeney Todd: The Demon Barber of Fleet Street (1979), and Blithe Spirit (2009). On the big screen, she received three Oscars nominations for best supporting actress: for Gaslight (1944), The Picture of Dorian Gray (1945), and The Manchurian Candidate. During her long career, Lansbury appeared in numerous films, among them National Velvet (1944), The Long, Hot Summer (1958), based on works by William Faulkner, and Death on the Nile (1978).

James Gregory, most familiar from the TV sitcom Barney Miller, plays Lansbury’s hapless husband, hungry for power and manipulated by his controlling wife – she’s definitely the brains of this operation!

The film’s director, John Frankenheimer, gained a reputation for telling stories with a psychological edge that treat political and social themes, including Birdman of Alcatraz (1962) and Seven Days in May (1964). The screenwriter, George Axelrod, wrote The Seven Year Itch (1952) and received an Oscar nomination for his 1961 adaptation of Truman Capote’s Breakfast at Tiffany’s (1961).

Although Sinatra does fine work in The Manchurian Candidate, he certainly does not stand alone. Working with a talented cast and creative team, this highly suspenseful film packs a wallop. Believe me when I say – as many critics have written – it’s one of the best political thrillers of all time.