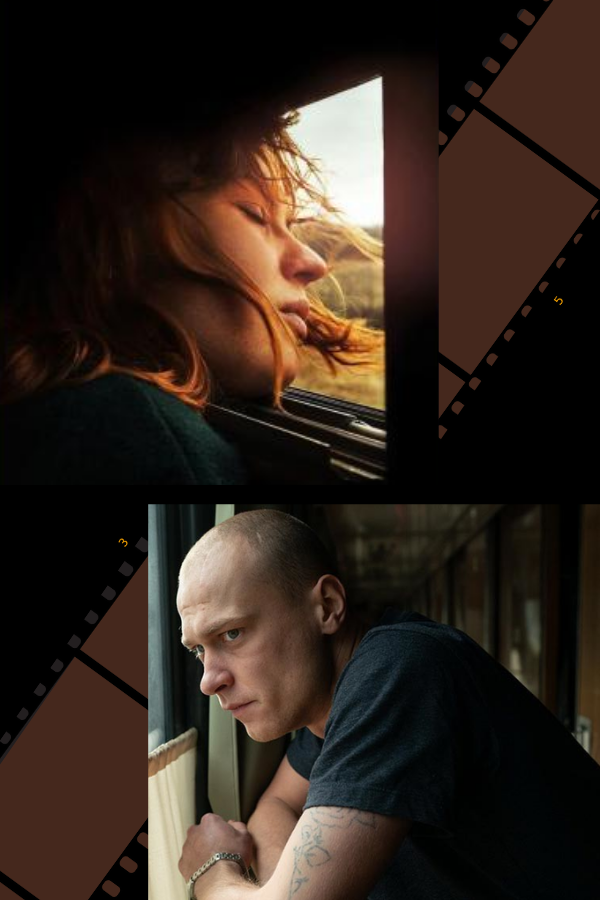 “A Road Trip With a Twist: Compartment No. 6”

Like many, I particularly enjoy narratives in which audiences first see characters as one kind of person, only to have them end up as quite a different kind entirely. Juho Kuosmanen’s Compartment No. 6 (2021), winner of the Grand Prix at Cannes and Finland’s entry for the Best International Feature Film Oscar, offers just that kind of satisfaction. The film, based on Rosa Liksom’s novel of the same name, opens at a bohemian party in Moscow, where arty intellectuals play a game competing to identify famous quotations. This urban – and urbane – introduction contrasts mightily with subsequent events, which take place on a ramshackle railroad, where enclosed spaces foster psychological conflict and character development.

On board, Laura (Seidi Haarla), a student archeologist, departs for Murmansk above the Arctic Circle to see the region’s famous 10,000-year-old petroglyphs. Along the way, the film gives us a road movie of antagonistic travelling companions as she struggles with the deprivations of the Russian train, which none will mistake for the luxurious Orient Express.

During the first part of the film, Laura shares her train carriage with a rough and tumble miner Ljoha (Yuriy Borisov), who begins about as unlikable as any person can and ends up, well, different than first imagined. An early moment as they settle in sets the tone, as the ticket-taker warns them not to spit on the floor, and Ljoha proceeds to become completely drunk and offensive. Romeo and Juliet, it’s not! The film’s second half takes viewers out into the world in exterior sequences where their conflicts and connections show themselves amidst bleak rural landscapes, powerfully rendered in muted colors by cinematographer Jani-Petteri Passi.

Critics have noted that Kuosmanen here follows the filmmaking dictates of the Dogme 95 manifesto, which came about in the mid-1990s in response to the then-current state of cinema. Big budget special effects blockbusters continued to monopolize theatre screens. What critics call the “Hollywood New Wave” (with films like Taxi Driver, Last Picture Show, and Apocalypse Now) had ended. And the so-called “Arts Movement” concluded as directors like Ingmar Bergman, Federico Fellini, Stanley Kubrick, and Francois Truffaut stopped making films. The time seemed ripe for something new, but what? For Danish directors Lars von Trier and Thomas Vinterberg, 1995 seemed the right moment to spearhead a new film movement. Known as Dogme 95, its manifesto laid out a list of filmmaking dos and don’ts designed to reinvigorate the cinema in the spirit of Italian Neorealism and the French New Wave.

The manifesto’s “Vow of Chastity” stipulates that directors can only shoot films in color, in Academy ratio (1.37 wide x 1.0 high), using handheld cameras without filters and optical effects. Filming must take place solely on location, with existing props and lighting. Recording on location, films must employ only diegetic sound (from the Greek word diegesis, which means narrative). Thus, films have no soundtracks and in addition to dialogue include only sounds that actually form part of the scene (like radios playing in cars or bands performing in bars). The manifesto forbids genre movies like Film Noir, War Films, and Westerns. Films must take place in the here and now (no historical/period pieces), with no murders or weapons. Most controversially, in an effort to resist the Auteur Theory which analyzes films through the personality of the director, the director must not receive credit.

Neither von Trier nor Vinterberg totally succeeded in strictly following the Vow of Chastity – not least because both have their names associated with their work! Among their numerous films, perhaps most familiar are von Trier’s Dogville (2003) with Nicole Kidman, and his Melancholia (2011) with Kirsten Dunst and Kiefer Sutherland, both honored at Cannes. Audiences know Vinterberg from his Far from the Madding Crowd (2015) with Carey Mulligan, and Another Round (2020), nominated for the 2021 Best Director Oscar and winner of Best International Feature Film.

Compartment No. 6 adheres to many of the Dogme 95 rules (though it is shot in widescreen format), showing as it does that those restrictions, rather than inhibiting cinema, can result in a thoughtful and engaging film which ultimately tells much about the unpredictability of human interactions. When two people meet, in life as on the stage or screen, we anticipate certain responses. Contrary to those expectations, though, sometimes people sharing much in common fail to generate a spark, while opposites – even decidedly extreme opposites – occasionally feel sympathy and connection. As one character in Compartment No. 6 points out, people must pursue the banal, but essential and often elusive goal of finding their place in the world. That starts to happen here in painful, funny, moving moments as Laura and Ljoha come to know each other.

We frequently try to please others by doing something important to them. Sometimes we don’t understand why the action matters to them, but we do it anyway. In Compartment No. 6, one character performs just such an act, going to epic lengths to do something solely because it matters to the other person. The film actually turns on that action, and its emotional ripple effects enhance the satisfying, if enigmatic conclusion to a fine film.